Arthur Rackham, born 1867 was one of 12 children. He was sent to Australia to improve his health at the age of 17, and at 18 he began working part time and studying at the Lambert School of Art. In 1892, he began working as an illustrator for the Westminster budget. He began illustrating for works such as The Ingoldsby Legends, Gulliver’s Travels and Fairy Tales of the Brothers Grimm. He was originally known for his black and white images, however ones his color palettes were published, he gained much of his publicity as an illustrator.

I like Rackhams art. I think the illustrations as similar to cartoons give an inviting and open feel to them. Rackham has a vision of fairy tales that I feel most people tend to have. They are childish on the outside but when reading them, it is apparent that there are greater meanings in these fairy tales than a children can see. His illustration of Little Red Riding Hood portrays this. It represents the fear the little girl has, but also her innocence in being so willing to accept her grandmother, even if she knows something is wrong. The detail in his art is so captivating and would pair well while reading a fairy tale. 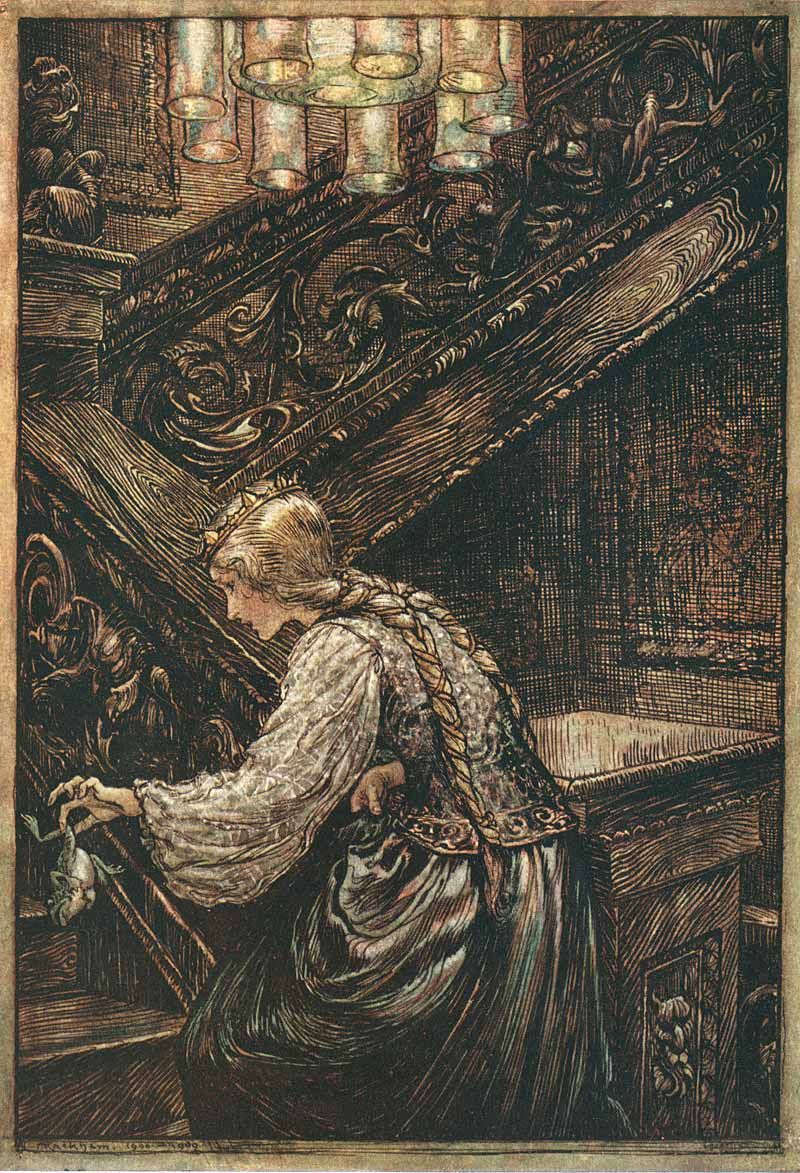